My Endeavors in Security in the world as we knew…er know it. 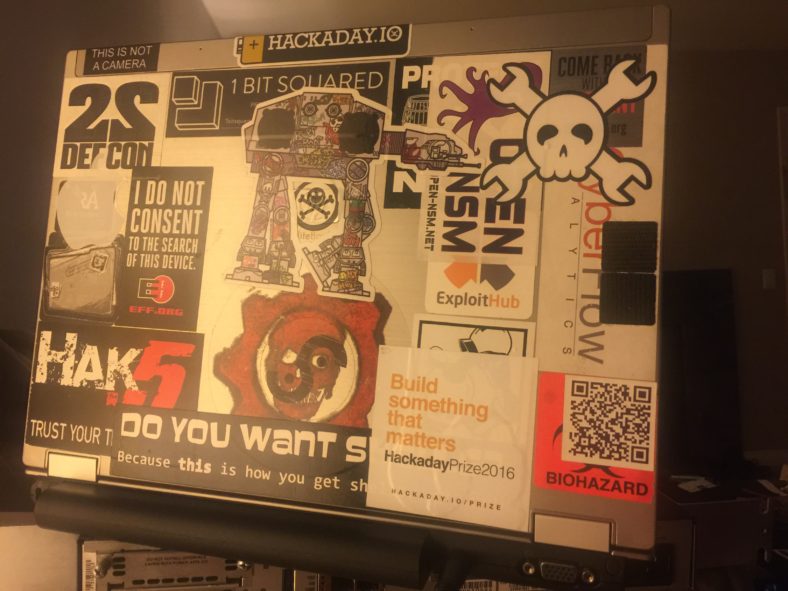 Also known as the Tijuana box, is an older laptop I bought awhile back that I’ve used for either testing some of the tools I’ve used, or bringing to some of the conferences I have attended in the past that is somewhat disposable.  The story behind the Tijuana box is pretty simple.  It all started with the Tijuana wallet, in reference to a spare wallet I would bring along with me to….get ready for the shock, Tijuana.

Along time ago at a duty station far away (and many foreign ports), I was often warned about people being pick pocketed.  Assuming it was inevitable I decided to provide some bait and happened to not only have an expired credit card, some cash, and something resembling a driver’s license. so if I knew I was going somewhere, say for instance Tijuana, and my wallet was stolen, the thief would only get a couple dollars, an expired credit card, and some Subway cards with no stamps.  All I intended was to get a good laugh at my would-be thief’s expense. What I didn’t realize so long ago was this served as one of my early lessons in security by creating a Honeypot of sorts.

Granted, I didn’t use the laptop under the premise of it being stolen, but I wanted something I could bring along to conferences that had any tools I would need for CTFs, or anything that piqued my curiosity.  At my more naive stages of working my way into InfoSec, I had concerns about what could possibly happen to my laptop, or the data on it while at a conference or doing a CTF.  Keep in mind, my first DEFCON and introduction to the community was long before things like Code of Conduct were around.  The community was needless to say, not as friendly as it is today.

The TJBox had a second purpose for me. As I had worked in Windows based environments most of my career (with most of my *nix experience going back to the Navy, or working with a program called Majordomo), I didn’t want to just jump onto using Kali Linux.  I wanted to be as comfortable on it as I was Windows. I figured if I could start on a generic linux box, and acquire tools as I go and get them working as seamlessly as Kali, or another disto like BackBox, I would be more comfortable with it.  I ended up saving my command history on GitHub to make this a more repeatable process.  Now that I’ve been building up my skills, I’m going to make some enhancements for this.

Theme by Anders Norén — Up ↑